brother Jim
Former Roman Catholic for more than 40 years, turned "Bible Catholic" believing God's word that Jesus came to truly and completely save those who believe in him.

Are you my mother?


I can remember when I was growing up my mother taught me about marriage and I know the mother who taught me about marriage would have done everything she could to help me repair my marriage. She would have stood fast for what was right and called me and my wife to the reconciliation that Christians must seek if they are true believers. She probably would have cracked a Bible and told us that God hates divorce. Maybe she would have talked to my wife in private and asked if she could reconsider--perhaps relating times in her own life when she wanted to give up too, but is now glad she didn't. Even if none of that worked, I would sure appreciate knowing that the momma who taught me would have still fought for me...and my marriage. If you're a momma and that happens, you probably can't help. But it sure won't hurt to try.

Posted by brother Jim at 7:35 PM No comments: 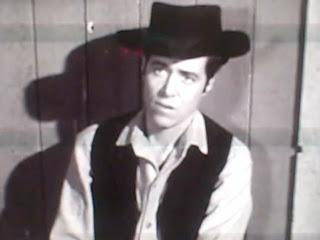 (Since I had not seen these episodes, but had always heard my uncle Wright --photo--had starred alongside McQueen, I was interested to see if this reviewer had something to offer. Despite his opinion, it’s interesting to note that the ratings increased during the second season when McQueen got this mysterious partner.)

Clearly though, some tinkering with the established formula was being attempted, with the most obvious example being the late-season inclusion of a partner for Josh: would-be bounty hunter Jason Nichols, played by Wright King…

Not easily dropped back is the inclusion of Wright King as apprentice bounty hunter, Jason Nichols, who is introduced in Jason, and continues on for nine more episodes (until he disappears in the last episode of the season, with no explanation). I'm not familiar with any backstory on this strange addition to the one-man cast of Wanted: Dead of Alive, but if I had to guess, I'd say either a producer or the network wanted to hedge their bets with McQueen, or someone genuinely thought the format needed tweaking. McQueen made no bones about being "difficult" with producers and directors on the set of Wanted: Dead of Alive if he felt they were undercutting the show or himself, and considering the stellar ratings that improved over this second season, it's not unheard of for a star to begin exerting some authority over the direction of the vehicle in which they're starring. But there are ways of dealing with "difficult" stars, and one way is to bring in a potential replacement; perhaps this was the purpose of Wright King. It was no secret that McQueen only took Wanted: Dead of Alive in 1958 because his big-screen movie career was going nowhere. But once the Western hit it big right out of the gate, he immediately started attracting buzz and attention from big-screen filmmakers, culminating in his co-starring role in John Sturges' The Magnificent Seven, which began filming during this second season. Does that explain McQueen's shortened scenes during the Jason Nichols' episodes? Perhaps. Did the producers and network bring on King to make McQueen "behave," or to have a ready-made replacement should McQueen bolt? Maybe. Or maybe someone truly believed the series would be better as a "buddy piece." Unfortunately, if this last explanation was the case, it was a big miscalculation. King didn't strike me one way or the other here as the enthusiastic newcomer to the bounty hunting business. Perhaps he would have worked in his own show, or on another Western. However, he has no place on Wanted: Dead of Alive, because the piece is so obviously designed as a solo effort. Indeed, the unique appeal of Wanted: Dead of Alive during its first and second seasons came from the star-power performance by McQueen as the loner bounty hunter who needed neither respectability nor security to do his job. His "Mare's Leg" was his best friend, and he lived by his wits alone: he depended on no one. So why in the world would he need a goof like Jason, all of the sudden, to not only back him up but save him on several occasions? Thematically, it made no sense to loyal viewers of the series, with this new character Jason not adding to the worth of the program but instead devaluing its unusual lead character Josh. The final episode of the season, Pay-Off at Pinto, makes no mention of Jason, and when the series came back the next and final season, the character did not return.

Staying in its Saturday 8:30pm time slot on CBS, Wanted: Dead of Alive climbed even higher in the ratings this sophomore season, registering an impressive ninth out of all shows on television during the 1959-1960 season, pulling along its lead-in series, Perry Mason into the 10th slot for the year, and elevating its lead-out, Mr. Lucky, to a respectable 21st for the year…